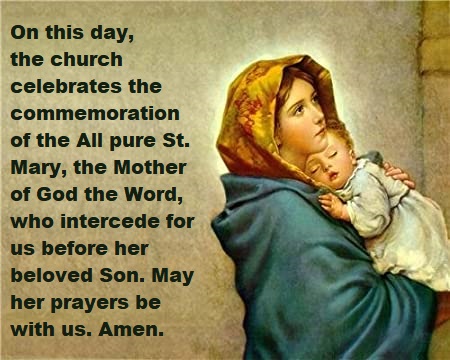 Mesra 21, On this day, the church celebrates the commemoration of the All pure St. Mary, the Mother of God the Word, who intercede for us before her beloved Son. May her prayers be with us. Amen. #Stmary #SaintMary #BabyJesus