Baba 5 : The Martyrdom of St. Paul, Patriarch of Constantinople 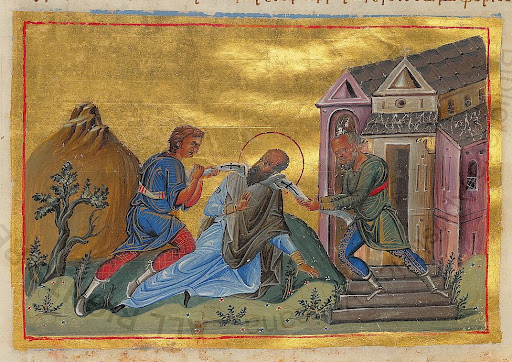 The two Patriarchs met in Rome, and went to stand before Emperor Constans to inform him of their concern. He wrote a letter to his brother on their behalf, ordering him to accept them and threatened him if he did not receive them - there would be no peace but war between them. When the two saints came to Constantinople, they gave the letter to Emperor Constantine, who accepted his brother's letter and returned them to their Chairs.

However, after the slaying of his brother, Emperor Constans, in Rome, Constantine II exiled St. Paul again to the country of Armenia. A few days later, he sent to one of the followers of Arius commanding him to catch up with St. Paul there and slay him. He went to him at night and strangled him, thus he received the crown of martyrdom. He stayed four years in office.