Tout 24 : The Martyrdom of St. Quadratus, One of the Seventy Disciples 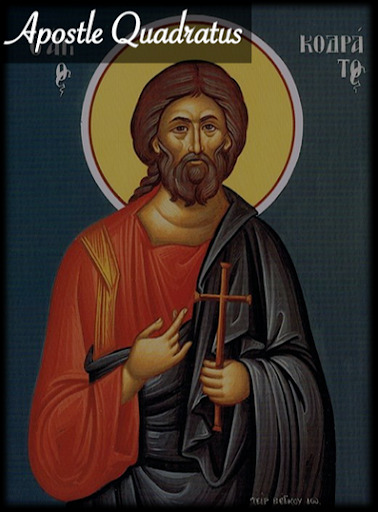 On this day also was the martyrdom of St. Quadratus, one of the seventy apostles who were chosen by the Lord. He was born in the city of Athens, and was one of its wealthy and learned nobles. He believed in the Lord Christ and served him. Having received the grace of the Comforter on the day of Pentecost, he preached the life-giving Gospel in many countries. He entered the city of Magnis and preached there. The people of the city believed; he baptized them and taught them the life-giving Commandments. Then he returned to Athens, to preach there also, but they stoned him and tortured him severely. Finally they cast him into the fire; thus, he received the crown of martyrdom.