Baba 26 : The Martyrdom of Saint Timon the Apostle 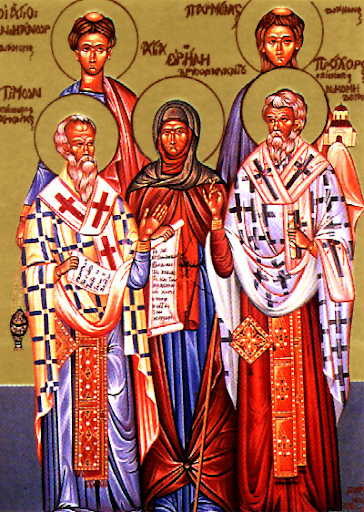 On this day, St. Timon the Apostle, was martyred. He was one of the 70 Apostles, who were chosen and distinguished by the Lord. This saint had the gifts and the ability to heal the sick and to cast out devils. He followed the Lord until His Ascension into heaven and after that, he continued to minister unto the disciples till the grace of the Holy Spirit came upon them all. The Disciples elected him one of the Seven Deacons who were appointed to serve tables. The Bible testified that they were full of the Holy Spirit and wisdom. (Acts 6:2-6)

After he had remained in the deaconate for a period of time, they laid the hands on him, a bishop of the city of western Besra, in Greece. He preached the Lord Christ to them and baptized many of the Greeks and the Jews. The Governor seized him, and inflicted on him many tortures. He finally burned him and he received the crown of martyrdom.