Kiahk 7 : The Departure of St. Matthew the Poor. 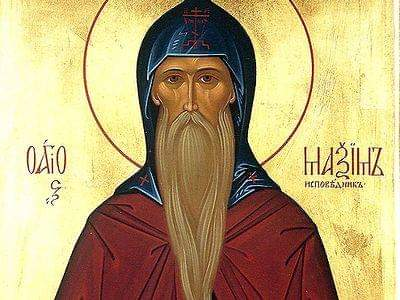 The Departure of St. Matthew the Poor.

On this day, St. Matthew the Poor departed. This father was the Abbot of a monastery in Aswan Mount. He had great virtues. The Lord granted him the gift of healing the sick and casting off of evil spirits.

Once they brought him a woman with an unknown sickness, which the doctors failed to cure, but he knew her problem through the Holy Spirit. He asked her to confess before those who were present. She confessed that she was married to two brothers at the same time, as a result, she was afflicted by that illness. The saint prayed for her and she was healed instantly.

He reached a degree of piety to the point that the beasts did not fear him and ate their food from his hand. When he finished his course, he departed in peace.