1. The Departure of Nahum, the Prophet.

On this day is the commemoration of the righteous Prophet Nahum, one of the minor 12 prophets. He was born in the village of El-Kosh, one of the villages of Galilee. He was of the tribe of Simeon, among the prophets, he was the 16th from Moses down. He prophesied in the days of Amaziah the son of Joash, and in the days of Azariah, his son.

He rebuked the children of Israel because of their worship of idols and he revealed to them that although God, the most High, is compassionate and abundant in mercy, yet He is a jealous God Who will take vengeance on His adversaries. He prophesied concerning the preaching of the Gospel and the apostles who should preach it, saying, "Behold on the mountains the feet of him who brings good tidings, who proclaims peace..." (Nahum 1:15)

Nahum prophesied about the destruction that would come upon Ninevah. That was fulfilled since God had sent an earthquake and a fire which destroyed and burnt up the people that returned from the way of righteousness and committed the sin. As for those who were straight in their ways, no evil nor harm befell them. When he completed his days in a life pleasing to God, he departed in peace. 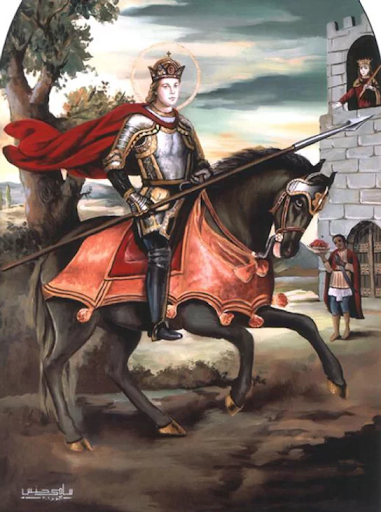 2. The Martyrdom of St. Victor (Boctor).

On this day also St. Victor (Boctor) was martyred. He was born in a town, in the province of Assiut, east of the Nile. He was appointed a soldier in the city of Shaou (Shaw).

During that time the Edict of Diocletian was issued to worship and raise incense to the idols. When St. Victor refused to worship the idols, the Governor of Shaou called him and tried to befriended him, but when he failed to persuade him, the Governor finally cast him into prison. His parents came and encouraged him to face martyrdom.

Once again the Governor brought him from prison and ordered him to worship the idols, but St. Victor refused. When the Governor of Shaou failed to make him renounce his faith in the Lord Christ, he was enraged. He sent him to the Governor of the province of Assiut, along with some soldiers, and a message informing him of what had happened.

When the Governor of Assiut read the message, he summoned Victor. When Victor came before him, the Governor asked him, "Why did you disobey the Governor of Shaw? Know, if you listen to me, I shall place you in a high honor, and I shall write to the Emperor to appoint you as governor over one of the cities." The saint shouted with a loud voice, saying, "The kingdoms of the world vanish, the gold perishes, the cloth wears out, the beauty of the body will corrupt and be eaten by worms and will disappear in graves, therefore I would not forsake my Lord Jesus Christ, Creator of Heaven and Earth, and the Provider for everyone, to worship idols made of stone which are inhabited by devils."

When they took him there, Victor asked the soldiers to wait in order that he might pray first. He extended his arms and prayed to the Lord. The Angel of the Lord appeared to him and promised him with many promises, and the everlasting blessings in the kingdom of heaven. Then St. Victor looked to the soldiers and told them, "Finish what you have been ordered to do." They bound him and cast him into the boiling water. He endured to the end, completed his good strife, and received the crown of the Heavenly kingdom.

Some Christians secretly recovered his body and hid it till the end of the Diocletian reign. When they revealed it, the people who saw it testified that they found the body whole, with not even one hair burned, and lying peacefully like a sleeping person.

They built a great church in his name, which still exists in the village of Mosha (Monshah), province of Assiut. Many wonders and signs were manifested from his body and still appear to this day.

His prayer be with us. Amen.

3. The Martyrdom of St. Isidore (Isidorus).

On this day also is the commemoration of the martyrdom of St. Isidorus.