Amshir 8 : The Feast of Presenting the Lord Christ in the Temple. 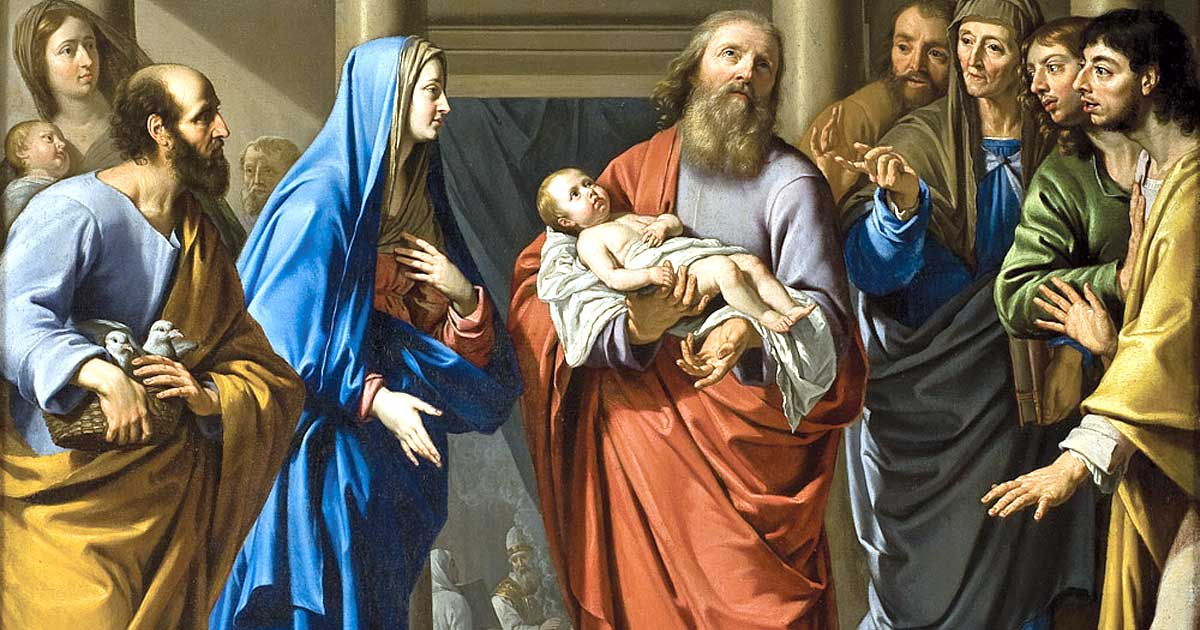 The Feast of Presenting the Lord Christ in the Temple.

On this day we celebrate the feast of presenting the Lord Christ to the temple after 40 days of His blessed birth. St. Joseph the righteous and His mother, the Virgin Mary, presented Him in the temple, to fulfill the Mosaic Law.

St. Luke the Evangelist says that when His parents brought Him according to the custom of the law, the just and devout Simeon the elder took Him in his arms and blessed God and said, "Lord, now You are letting Your servant depart in peace, according to Your Word; for my eyes have seen Your salvation which You have prepared before the face of all people, a light to bring revelation to the Gentiles, and the Glory of Your people Israel." (Luke 2:29-32)

He put every two of them in an isolated place so they would not agree on one translation, and to ensure a correct text after comparing all of the translations. Simeon the elder was one of them. When Simeon was translating the verse from Isaiah 7:14, "Behold, the virgin shall conceive and bear a Son, and shall call His name Immanuel," he was afraid to translate that a virgin would conceive, because the King would mock him. He wanted to translate the virgin as a "young lady."

He was disturbed because of this inaccurate translation, and God revealed to him in a vision that he would not die before he would see Christ the Lord born of a virgin.

This was fulfilled and he lived about three hundred years. When Christ was born; he was very well advanced in age and his sight dimmed.

When he carried the child Jesus in his hands, his sight came back to him, and the Holy Spirit told him, "This is the child that you have been waiting for." He blessed God and said, "You are letting Your servant depart in peace according to Your Word, for my eyes have seen Your salvation which You have prepared before the face of all peoples, a light to bring revelation to the Gentiles and the Glory of Your people Israel." (Luke 2:28-32)

The prayers of this righteous man be with us, and Glory be to our God forever. Amen.