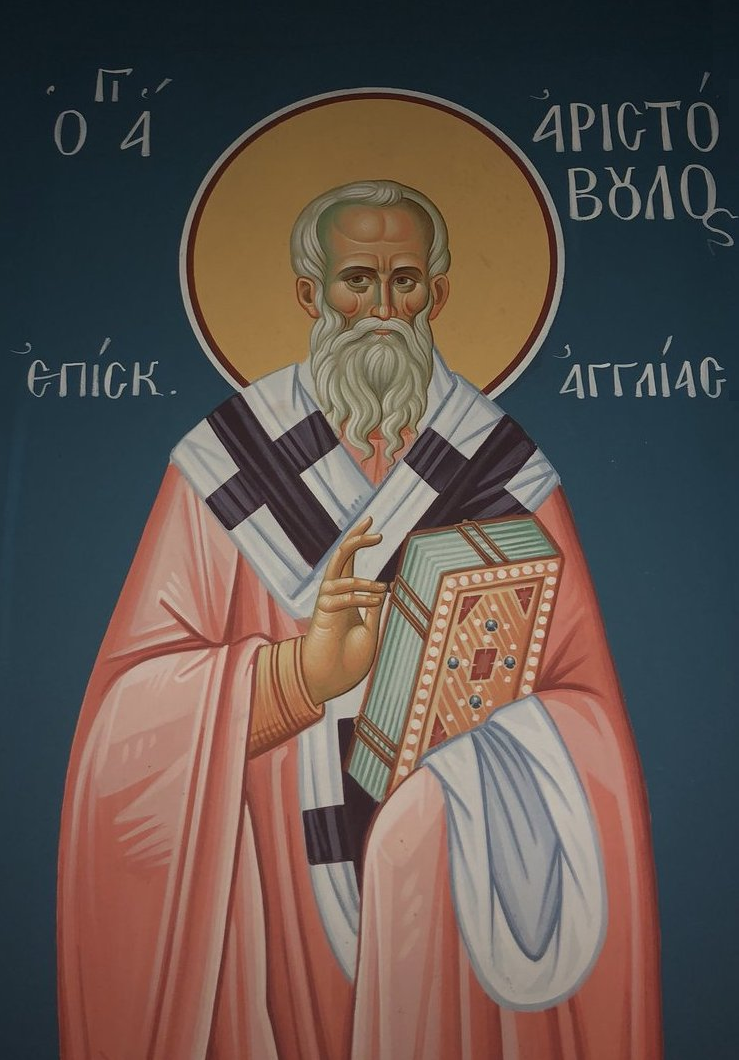 1. The Martyrdom of St. Aristobulus, the apostle.

On this day St. Aristobulus, one of the seventy apostles that was chosen and sent to preach by the Lord before His passion, was martyred. He received along with the disciples the gifts of the Spirit the comforter, accompanied, ministered to them and preached with them the Life-giving Gospel. He turned many to the path of salvation, believed in the Lord Christ, baptized them and taught them the Divine commandments.

The disciples ordained him bishop for the city of Abratabias, and he went there, preached it's people, performed many miracles, taught and baptized them. Many tribulations and humiliation befell him from the Jews and the Greeks, who threw him out many times, and cast him with stones. Having finished his strife, he departed in peace. St. Paul had mentioned him in his Epistle to the Romans (Ch.16:10).

On this day also is the commemoration of the seven holy martyrs: Alexander the Egyptian, Agabius and Alexander from the city of Gaza, Timol (Timolaos) from Pontus, Dionysius from the city of Tripoli, and Romulus, and Blesius (Valesius) from the villages of Egypt. These men were joined together with the Christian love, and they came to the Governor of Caesarea, Palestine, and confessed before him the Lord Christ. They all were martyred and received the crown of martyrdom during the days of Diocletian.