Baramouda 18 : The Martyrdom of St. Arsenius, Slave of St. Sousnyous. 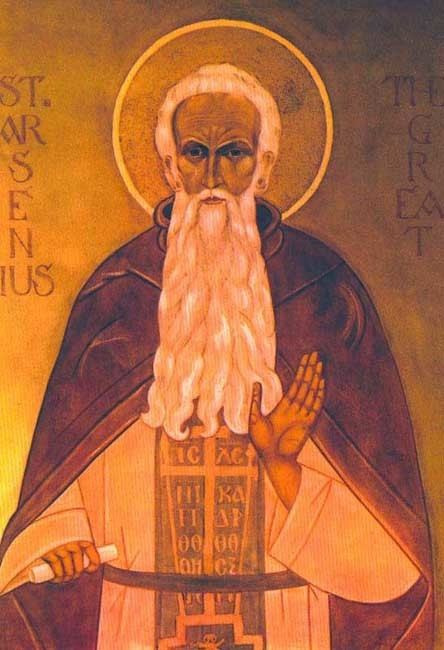 The Martyrdom of St. Arsenius, Slave of St. Sousnyous.

On this day St. Arsenius, the slave of St. Sousnyous, was martyred. When Emperor Diocletian was torturing St. Sousnyous, St. Sousnyous father told the Emperor that Sousnyous had a slave, whose name is Arsenius and that he worshiped Christ and denounced the worship of the idols.

The Emperor brought the slave and asked him about his belief. Arsenius confessed the Divinity of the Lord Christ, and also admonished the Emperor for deserting the worship of the true God and his insistence on worshiping the idols. The Emperor became furious and ordered him to beheaded him before his master, and thus he received the crown of martyrdom.