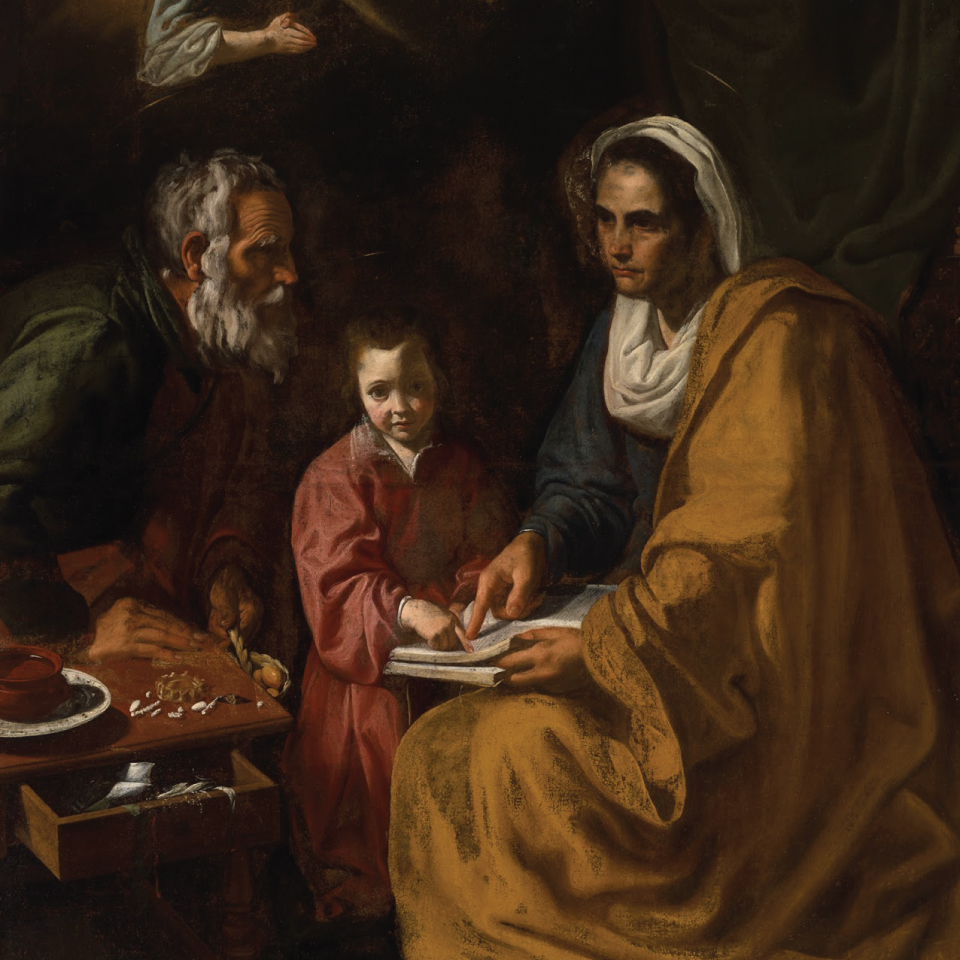 1. The Departure of the Righteous Joachim, The Lord Christ Grandfather.

On this day the righteous Joachim (Yonakhir - Zadok) departed. He was the father of St. Mary, the Theotokos, the mother of God incarnate. He was of the seed of David, and of the tribe of Judah, for he was the son of Jotham, the son of Lazarus, the son of Eldad who ascended up in genealogy to Solomon the king, the son of David whom God promised that his seed should reign over the children of Israel for ever. The wife of this righteous man, Hannah was barren, and both of them prayed and entreated God continually to give them a child. Having accepted their petition He gave them a good and sweet fruit, which satisfied all the men of the world, and removed from them the bitterness of servitude, and He made Joachim worthy to be called the father of the Lord Christ in regard of His marvelous and wondrous Incarnation. After God had pleased him with the birth of our Lady, his heart was rejoiced and he offered his offerings, and the shame had been removed from him, he departed in peace when the Virgin was three years old.

2. The Departure of St. Macrobius.

On this day also the saint Anba Macrobius, the son of the governor of the city of Kaw, departed in peace. When Anba Severus, Archbishop of Antioch, was wondering around the cities of Upper Egypt, he came to the city of Kaw and Macrobius ministered unto him. He accompanied Anba Severus in his visit to the monastery of Anba Moses, where he saw from the holiness of the monks, their asceticism and devoutness, made him ask Anba Moses to accept him as a monk. Anba Moses indicated to him the hardship of the monastic life and its difficulties especially he was raised in luxury and family wealth, and the one that slept on silk, could not take the rough life.

When Anba Moses saw the insistence of Macrobius on the monastic life he asked him first to resign his job that he took after his father, and to relinquish all his money and possessions. He went to his city Kaw, appointed his brother in his place, returned and put on the monastic garb. When his brothers Paul, Ilias, and Joseph saw what their brother had done, they came to him and became monks by the hands of Anba Moses.

Christians from the cities of Assuit, Shatb, and neighboring cities came and gave him many gifts and much money to help him in building the churches and monasteries. He accepted it from them and blessed them. Anba Macrobius increased in virtues, asceticism and giving alms to the weak, needy, widows, orphans and the lonely, beside caring for his monasteries. His alms were from his own money not from that was offered. God granted St. Macrobius the gift of healing, they brought him the sick and he healed them with the power of God and the strength of their faith.

The father the Patriarch Anba Theodosius, heard about him and he wrote to him praising and encouraging him to be steadfast in virtue, asceticism and loving the strangers and asked him to come for the people of Alexandria to be blessed by him. When he came to the Patriarch, he rejoiced with him and called the people of Alexandria to receive the blessing from him, and he ordained him a priest. Macrobius returned to his monastery, the people of Assuit and Shatb received him with songs and hymns until they came to the monastery. Many miracles were performed through his hands, and when he finished his good strife, he departed in peace. Multitudes gathered from Assuit, Shatb, Abu-Sergah, Kaw and the neighboring cities, and his brother Anba Yousab, who was appointed as his successor in running the monasteries in the fear of God, prayed and buried him.

The appearance of his body was on theseventh day of the blessed month of Tubah, seven hundred thirty three years after his departure by the hands of the deacon Los El-Talawy the servant of his monastery's church, during the days of Anba Yousab, bishop of Akhmeem and the notable Isaac the scribe of the prince Eiz-Eldeen El-Hamawy. Anba Yousab, bishop of Akhmeem, took the body out of its tomb in the mountain, down to the church of the monastery, where they buried him with hymns and praises.

3. The Departure of Sts. Agapius, Theodora, and Metruf.

May their intercession be with us and glory be to God forever. Amen.