Baramouda 26 : The Martyrdom of St. Sousenyos, and the Departure of Pope Youannis VII, 78th. Patriarch. 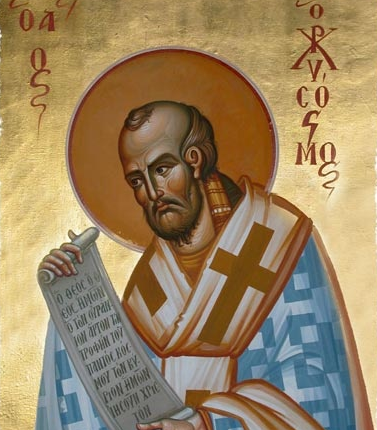 1. The Martyrdom of St. Sousenyos.

On this day, St. Sousenyos was martyred. This Saint was the son of one of the friends of Emperor Diocletian. The angel of the Lord appeared to him and strengthened his heart on receiving the crown of martyrdom, and he kept this in his heart.

The Emperor sent him to the city of Nicomedia to restore the worship of idols. This Saint sorrowed exceedingly. He sent and brought a priest who taught him the doctrine of the church, the facts of the faith and baptized him.

When his father knew that, he accused him to the Emperor that he did not worship the idols. The Emperor ordered to torture him with severe tortures, but the Lord strengthened and comforted him. Finally, they cut off his head, and he received the crown of martyrdom.

The number of those who had seen him during his torture and believed because of him, were eleven hundred and seventy. They were martyred and received the crown of martyrdom.

On this day also, of the year 109 A.M. (April 21st, 1293 A.D.), Pope Youannis VII, 78th Patriarch, departed. After the lay leaders of Cairo had nominated Pope Gabriel III for the Papacy, some of the lay leaders of Egypt agreed to choose Youannis Ebn Abi-Saaid El-Soukary. They threw an altar lot which fell on Gabriel, but Youannis, the above mentioned, along with his supporters, quarreled with Gabriel. Youannis nullified the result of the lot and was enthroned in the 6th day of Tubah 978 A.M. (January 15th., 1262 A.D.), after the departure of Pope Athanasius III, his predecessor.

During Pope Youannis' days, in the year 980 A.M., El-Sultan ordered to dig a huge pit and throw the Christians in it, to be burned. He brought the Patriarch and mandated him to pay fifty thousand Dinars, which took two years to collect. Consequently, they released the Christians who suffered much tribulations in his time, and the bishops suffered much afflictions. Pope Gabriel, his predecessor, departed during Pope Youannis second period of heading the church, so he was listed in the list of the Patriarchs before Youannis.

Pope Youannis remained on the Chair in his second time of heading the church 22 years, 3 months, and 19 days, and departed in peace in the 26th. of Baramoudah 109 A.M. He was buried in the gardens of El-Nastour monastery.