1. The Consecration of the church of St. Leontius of Tripoli.

This day marks the commemoration of the consecration of the church of St. Leontius (Laventius) the Syrian. This Saint was martyred in the city of Tripoli on the 22nd day of Abib A Christian woman, the wife of a great nobleman and prominent army commander, gave much money to the soldiers, and took his holy body. She wrapped it in expensive cloth and laid it in a coffer inside her house. She made a picture of him and she hung a lighted lamp before it.

It happened that Diocletian became angry with her husband and shut him up in prison in the city of Antioch. She became sad, and prayed to God, interceding with His saint Leontius, to save her husband from prison. God accepted her prayers. St. Leontius appeared to her husband in prison and told him, "Do not grieve or be sorrowful, for you shall be delivered tomorrow, and you shall eat with the Emperor at his table, and you shall return safely to your house." The Saint, then, went to the Emperor, and woke him up. When the Emperor saw the Saint, he became terrified. The Saint told the Emperor, "I have come to you, O Emperor, to order the release of the army commander. Honor him, and let him go to his house, lest you be destroyed." The Emperor, who was trembling, replied saying, "Whatever you command me, O my lord, I will do." The next morning, the Emperor brought the commander out of prison, honored him, and dined with him at his own table. The Emperor told him about the horseman that appeared to him, then dismissed him to return to his home town.

When he arrived in Tripoli, his home town, he told his wife and his family what had happened to him. His wife told him, "The good that happened to you was through the blessings of St. Leontius." Then she uncovered the body of the Saint, and he took the blessing of the Saint. When he saw his face, he realized that he was the one that had appeared to him in prison.

After the perishing of Diocletian, they built a church in his name, relocated the body to it with great veneration, and the church was consecrated on this day. 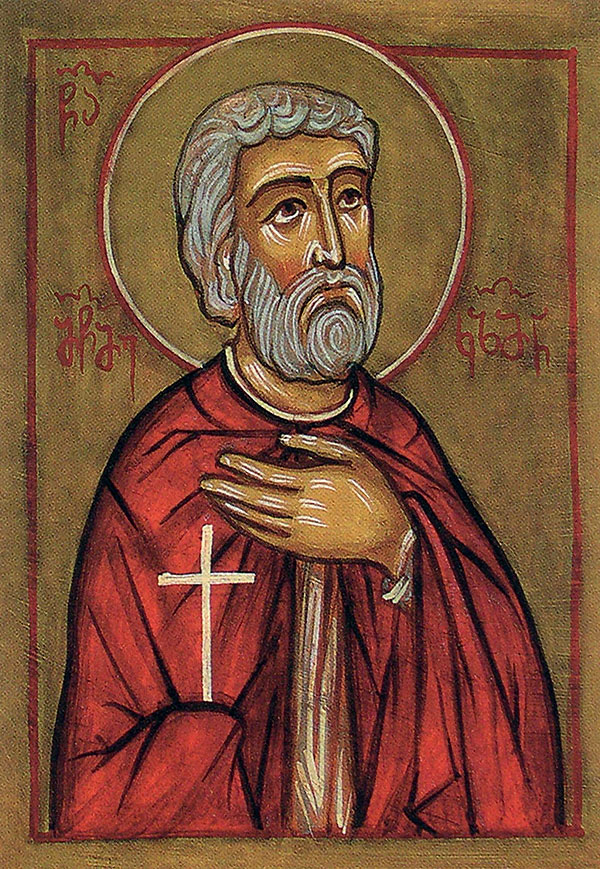 On this day also, St. Qozman (Cosmas) El-Tahawy and his companions were martyred.

3. The Consecration of the church of St. Abe-Fam (Epipham) the soldier.

Today also, the church commemorates the great saint Abe-Fam (Bifam or Phoebammon) the soldier. This Saint was born in the city of Oseem (Giza). His father's name was Anastasius, who had a high ranking position, and his mother was a holy woman whose name was Susanna.

He distributed his money on the works of righteousness and went before Armanius, governor of Alexandria, during the reign of Diocletian, to be martyred. Armanius tortured him much, then sent him to Arianus, governor of Ansena (Mallawy), who tortured him, excessively. However, the angel of the Lord appeared to him, and strengthened him. Saint Abe-Fam always lifted his eyes up toward heaven and finally they beheaded him. The believers then took the body and buried him with veneration in a hill of sand west of Tema (Souhag). This Saint completed his strife on the 27th day of Tubah during the reign of Diocletian, in the Fourth century. A church was built after his name in Tema and another in Oseem.