Paona 23 : The Departure of St. Abba Noub the Confessor. 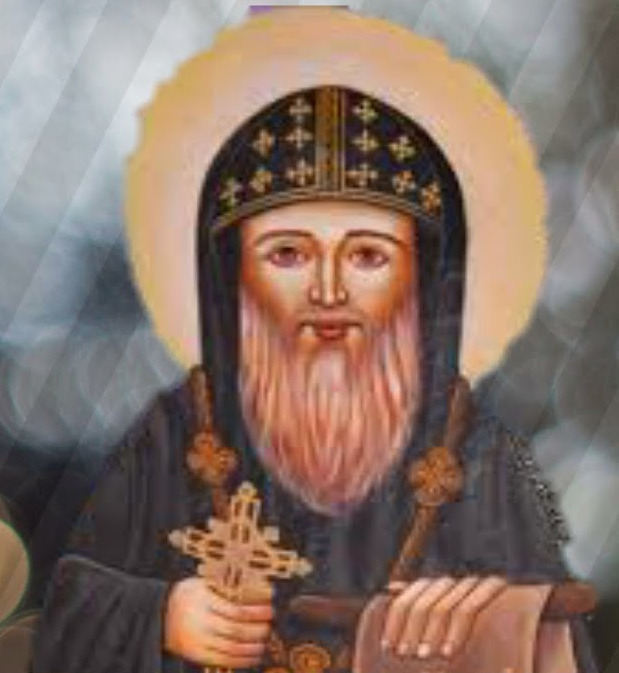 The Departure of St. Abanoub the Confessor.

On this day, the holy and pure father Abanoub the confessor, departed. This Saint was a devoted monk in one of the monasteries of Upper Egypt. That was during the time of Diocletian, who tortured the martyrs severely and shed their blood.

One day, someone mentioned the name of the saint Abanoub before Arianus, governor of Ansena. Arianus brought him and asked him to worship the idols. The Saint replied, "How can I abandon my Lord Jesus Christ and worship the idols that are made of stones?" Arianus tortured Abanoub much then exiled him to the five western cities (Pentapolis). Abanoub stayed in prison there for seven years, until God had perished Diocletian. When the righteous Emperor Constantine reigned, he ordered the release of all those who were in prison for the Name of Christ. Constantine also asked that they be brought to him, so that he might be blessed by them, especially the honored ones as Zacharia El-Ahnasy, Maximus El-Fayyumy, Agabius from the city of Dakhnin, and Abanoub from the city of Balaos. The envoy of the Emperor went to all the countries releasing the prisoners, who left singing and praising God.

The holy father Abanoub returned from the five cities (Pentapolis) and lived in mount Beshla (Sebla) near his hometown. The envoy of the Emperor met Abanoub, and took him with him to Ansena. There he met the Christians and the bishops who ordained him a priest. While he was consecrating the Offering and as he said, "Hollies for the Holy," he saw the Lord Christ, to Him is the Glory, in His heavenly splendor, in the altar forgiving the sins of the people who were repentant.

The envoy traveled back to the Emperor along with the holy fathers who were seventy two in number. Every two of them rode a chariot. They passed by a city, where there were convents for the virgins. Seven hundred virgins went out to meet them with songs and hymns and they sang to them until they were out of their sight. When the holy fathers arrived and came before the Emperor, he asked them to change their clothes with new ones, but they refused. He was blessed by them, kissed their wounds and honored them. He offered them money, but they refused to take any except what the churches needed for vestments and vessels. The Emperor then embraced them and bid them farewell, and they returned to their countries. St. Abanoub went back to his monastery and when he finished his strife he departed in peace.