On this day, the holy father, Anba Pisentius, Bishop of Qift, departed. This Saint became a monk in his early years, devoted himself to the ascetic life, and learned the church books. He never looked upon the face of a woman. Once a woman, who had a serious sickness, waited until he came out of the church, and drew near him to kiss his hand, for her belief was that she would be healed. But when he saw that she was getting close to him, he walked faster. Since she was unable to catch him, she took a handful of the dust upon which his feet had trodden, and placed it on the site of the pain and she was healed.

When he was ordained a bishop, he used to see the angels fluttering their wings around the altar while he was celebrating the Divine Liturgy. He was eloquent in his sermons; no one became weary of listening to his teachings.

When the Lord informed him that his departure drew near, he gathered his people, taught them, and strengthened them in the Faith. Then, he departed in peace. God manifested many miracles from his body. His disciple took a piece of his shroud which healed many of the sick. 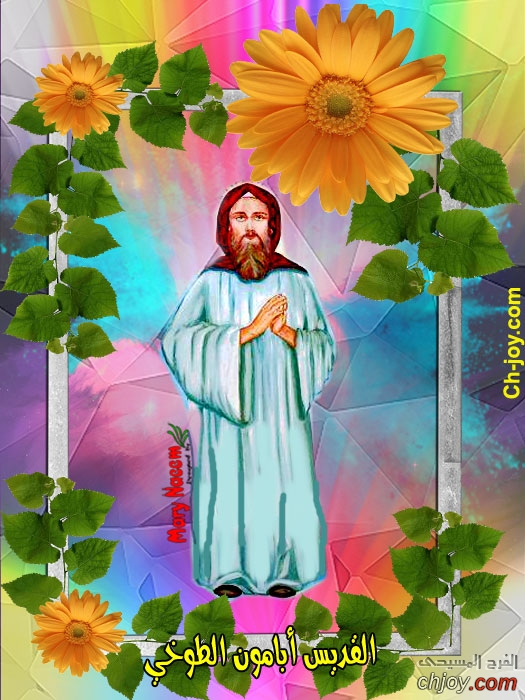 On this day also, St. Apamon, was martyred. He was from the city of Toukh, the diocese of Banha. The Angel Michael appeared to him and commanded him to go to Ansena and confess Christ. He went and confessed the Lord Christ before Eukhius, the governor. He tortured him much with the press (the wheel), red-hot iron bed, and by whipping him with whips. Then he cast him in a hot water cauldron. In all that, the Lord strengthened and raised him up sound. He was worthy for the Lord Christ to appear to him, and promised him the Kingdom of Heaven. This Saint performed many signs and miracles. When they cut off his head he received the crown of martyrdom. St. Julius El-Akfahasi was present, took his body, shrouded it with costly shrouds and sent his body with two of his men to his hometown.

3. The Martyrdom of St. Abba Shenoute, during the Early Arab Rule.

This day also, marks the martyrdom of St. Shenouda. He was a righteous man, keeping the Christian commandments. That was in the early days of the Arab conquest of Egypt. Some of his enemies laid an accusation against him before the Moslem ruler. He brought him and asked him to leave his faith but he refused, and proudly declared his faith in the Lord Christ. The ruler became enraged, tortured him, and finally cut off his head, and he received the crown of martyrdom.