Paona 28 : The Departure of St. Theodosius, 33rd Pope of Alexandria, and the Commemoration of the Consecration of the Church of Anba Sarabamoun, Bishop of Nikios. 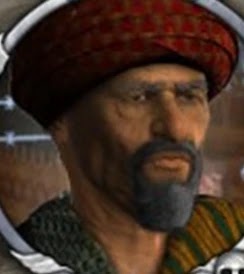 1. The Departure of St. Theodosius, 33rd Pope of Alexandria.

On this day, of the year 283 A.M. (June 22nd, 567 A.D.) St. Theodosius, the thirty-third Pope of Alexandria, departed. After the departure of Pope Timothy, the bishops and the Orthodox Christians gathered and ordained this father a patriarch. He was a learned man, and well rehearsed in the church books. Soon after, the enemy of the good enticed some evil men from the city of Alexandria, to take Acacius, Archdeacon of the churches of the city of Alexandria, and appoint him a patriarch. That happened with the help of Julian, who was excommunicated by Pope Timothy for his approval of the council of Chalcedon.

When they appointed Acacius, they exiled Pope Theodosius to the city of Germanos. St. Severus, the Antiochian Patriarch, who was residing in Sakha, in the Egyptian land, comforted and strengthened him. He reminded him of the tribulation that came upon the apostles, and  John Chrysostom (of the golden mouth). Six month after the exile of Pope Theodosius, he went to the city of Malig, and dwelt there for two years. Afterwards, the people of the city of Alexandria went to the governor and demanded from him the return of their legitimate shepherd, and the expulsion of Acacius the Fraudulent. When the news reached Emperor Justinian and the God-loving Empress Theodora, she sent a letter to the church in Alexandria to ask about the legitimacy of the ordination of Pope Theodosius, for if it was according to the canon of the church he should be reinstated on his chair. A council of lay people and one hundred twenty priests convened and unanimously agreed that Theodosius was ordained with the consent of the bishops and the people and according to the canons of the church. Acacius was present in this council; he rose up confessing that he had transgressed. He asked for forgiveness and to remain as archdeacon as he was before. They sent these facts to the Empress. Since the Emperor was in agreement with the faith of the council of Chalcedon, he wanted to attract the Pope to this erroneous faith. He wrote to his representative in Alexandria saying, "If the Patriarch Theodosius agreed with us in faith, along with his papacy, add the governorship of the city of Alexandria, but if he did not agree, he should be expelled from the city." When the Patriarch heard that, he said, "That what the devil had told the Lord Christ after he showed him all the kingdoms of the world and their glory, 'All these things will I give you, if you will fall down and worship me'". The Patriarch then left the city and went to Upper Egypt and stayed there confirming the believers.

Later on, the Emperor called St. Theodosius to Constantinople, so he went with some of the learned priests. The Emperor received him with great honor, and seated him in a distinguished place. He tried to flatter him, and talk gently to him, to persuade him to agree on the faith of the council of Chalcedon. When he did not yield, he exiled him to Upper Egypt, and appointed in his place a person called Paul. When this Paul arrived to Alexandria, its people did not receive him. He remained there for a year and only few followed him. When the Emperor heard of this, he commanded to shut the churches until the people submitted to the patriarch he appointed. The believers built a church in the name of St. Mark and another on the name of Sts. Cosmas and Damian outside the city where they were able to receive the Holy Mysteries and baptize their children.

When the Emperor heard that, he had the churches opened. Pope Theodosius, when he heard this, feared that the Emperor might have intended to lure the people by that act. He wrote a letter to the believers to confirm them in the Orthodox faith and to warn them from the deception of this infidel. He lived four years in Alexandria, and remained in exile in Upper Egypt for twenty-eight years. He spent thirty-one years, four months, and fifteen days in the patriarchate. This Pope wrote many discourses and useful teachings.

On this day also, the church celebrates the Commemoration of the Consecration of the Church of Anba Sarabamoun, the martyr, Bishop of Nikios.