1. The Martyrdom of the Seven Ascetic Saints in Tounar Mount.

On this day, the seven ascetic saints in Tounar Mount (Tona), were martyred. These were:

Basadi, Cotolus, Ardama, Moses, Esey, Parkalas (Mikalas), and a monk called Cotolus. The angel of the Lord had appeared to Sts. Basadi and Cotolus and commanded them to confess the name of the Lord Christ. They rose up straightway to go to the governor. They met the five saints embarking a ship going to the governor to also confess the Lord Christ. They all agreed together on receiving the crown of martyrdom. They went to the governor and confessed the Lord Christ. He tortured them excessively, then hung stones from their necks, and shut them up in prison. The Lord appeared to them, comforted, strengthened, and promised them the kingdom. The governor then sent them to Alexandria, where they were tortured severely. He threw them into cauldrons full of Sulphur and pitch, and lighted a great fire under them, then he took them out and threw them away. The Lord sent His angel who healed them. They came back to the governor and confessed the Lord Christ before him. One hundred thirty persons witnessed that. They confessed the Lord Christ, were martyred, and they received the crown of martyrdom. The Governor intensified the torture on the seven saints, and finally cut off their heads with the sword, and they received the crown of martyrdom.

May their intercession be with us. Amen. 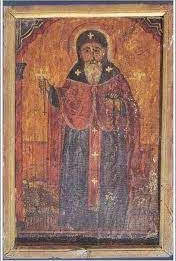 2. The Martyrdom of Sts. Abba Hour and his Mother Theodora.

On this day also, Sts. Abba Hour and his mother Theodora, were martyred. Abba Hour was a soldier in the army of Antioch. He came to Alexandria, and confessed the Lord Christ before its governor. He commanded that Abba Hour's hands be cut off, that he be tied to the tail of an ox and dragged through the city. Then he was thrown into a pit filled with snakes which did not harm him. During all that torture, he cried out to the Lord Christ, who healed and strengthened him. His mother came to see him and she rejoiced in his strife.

They told the governor about her, and he had her brought to him. He asked her to sacrifice to the idols but when she refused he became enraged at her, and frightened her but she was not afraid of his raging. He commanded to put red-hot iron rods in her sides. When they did so she rejoiced and sang hymns to venerate the Lord for He made her worthy to suffer for His Holy Name. Later on she delivered up her soul and received the crown of martyrdom.

As for St. Abba Hour (Hor), they placed him in a cauldron of boiling oil and tar, and he praised God until he delivered up his soul and received the crown of martyrdom. His brother Abba Bishai (Pishai) was martyred on the 1st day of Nasi (Intercalary days)