Abib 26 : Repose of St. Joseph the Carpenter, and Repose of Timothy I, Pope of Alexandria 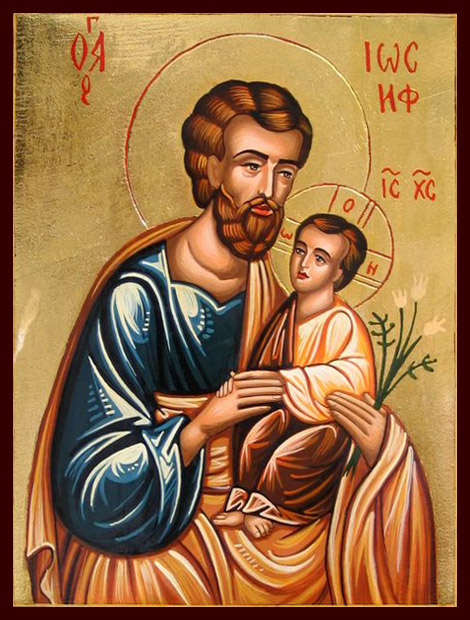 1. Repose of St. Joseph the Carpenter

On this day, the righteous man St. Joseph, the carpenter, who was worthy to be called the father of Christ in the flesh, departed at a good old age. The Holy Gospel bore witness that he was a righteous man, and God chose him to be betrothed to the all-pure, our lady, the Virgin St. Mary. When he finished his course, his strife, his toil in the journey together with the Lord and the Virgin Lady from Bethlehem to the land of Egypt, and the tribulations that befell him from the Jews, he departed in peace. When the time came for him to depart from this world, to the world of the living, the Lord Christ was present at his departure, and laid His hand upon his eyes. He extended his arms, and delivered up his soul, and was buried in the tomb of his father Jacob. All the days of his life were one hundred and eleven years; forty years before his marriage, fifty-two years married, and nineteen years a widow. His departure was in the sixteenth year of the advent of the Lord Christ.

2. Repose of Timothy I, Pope of Alexandria

On this day also, of the year 11 A.M. (July 20th, 385 A.D.), St. Timothy, 22nd Pope of Alexandria, departed. This saint was enthroned in the seventeenth of Baramhat, 95 A.M. (March 14th, 379 A.D.). He shepherded the flock of Christ with the best of care, and guarded them from the Arian wolves. In the sixth year of his papacy, Emperor Theodosius the Great reigned, who ordered the assembly of the Ecumenical Council at Constantinople to judge Macedonius the enemy of the Holy Spirit. This Pope presided over this council, and he disputed with Macedonius, Sabilius, and Apolinarius and refuted their erroneous council as it is mentioned in the first day of Amshir (Vol II, P. 247).

This saint took great care concerning the buildings of the churches in Alexandria and elsewhere. He was knowledgeable and eloquent, and he left many sayings refuting the heresy of the Arians. He remained on the Chair for six years, four months and six days, then departed in peace.