1. The Martyrdom of Sts. Benjamin and his Sister Eudexia.

On this day, St. Benjamin and his sister St. Eudexia, were martyred. Their parents were pious Christians who loved sojourners. They brought them up in a Christian manner.

When Benjamin grew up, he longed to be martyred for the sake of the Name of Christ. He went to "Shatanouf" and confessed the Lord Christ before the governor. The governor tortured him much then cast him in prison. When his parents and sister knew about this, they came to him weeping, but he comforted them, and told them about the vanity of the world and the life of the coming age which has no end. When his sister heard that, she told him, "God lives, I shall not separate from you until we die together."

The governor cast them in a dark place for twenty days. Then he took them out and hung heavy stones on their necks and threw them in the river. The Angel of the Lord came and loosened the stones. They swam until they arrived at the town of Petra. A virgin found them and rescued them. They then returned to the governor and again they confessed The Lord Christ before him. The governor ordered to cut off their heads and they received the crown of martyrdom. The faithful built a church in their names in their town "Shanshour." 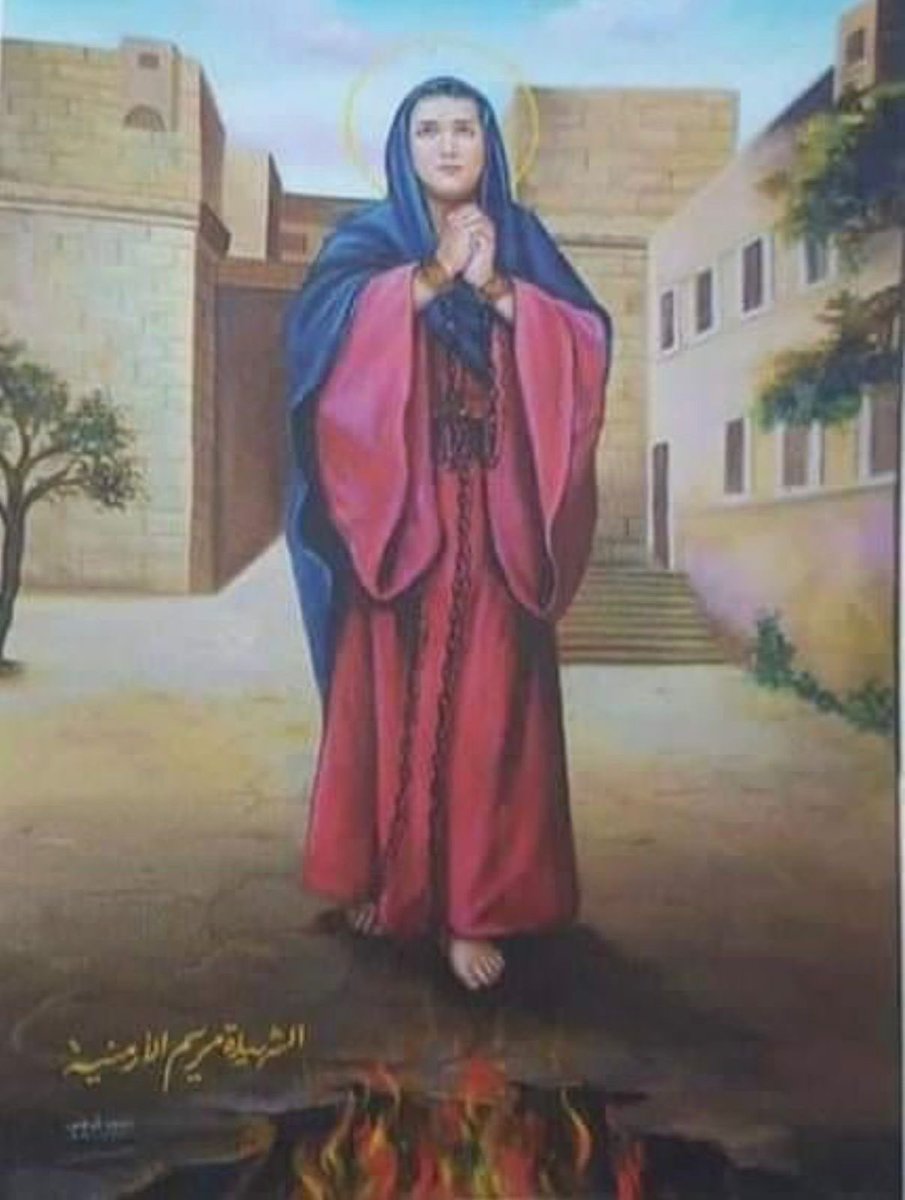 2. The Martyrdom of St. Mary, the Armenian.

On this day also, St. Mary the Armenian, was martyred. She was captured by the Moslems, who asked her to deny her faith in the Lord Christ. She refused, so they tortured her severely, but she remained steadfast in her faith. They threatened to burn her alive in a blazing pit, by the gate of Zoweila in Cairo. Many gathered there, and the crowd tried to frighten her from the suffering and to persuade her to change her counsel, but she answered saying, "It is good that I deliver up my soul in the hands of my Master, Lord, and Savior Jesus Christ." Then she quickly threw herself in the fiery pit. Thus she received the crown of martyrdom.

May her prayers be with us, and Glory be to God forever, Amen.