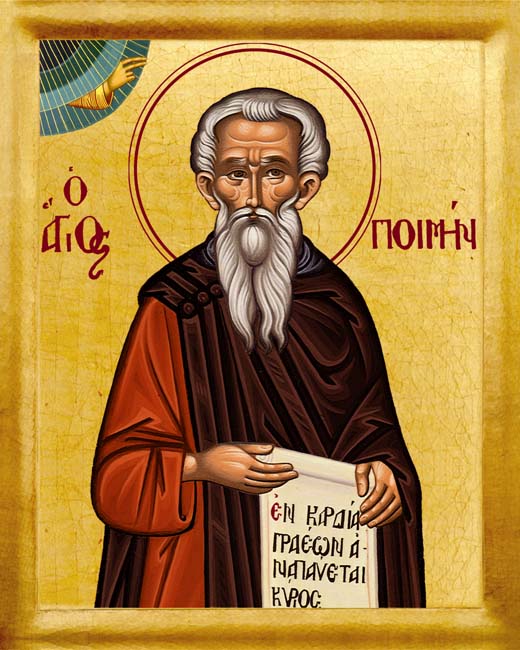 1. The Departure of St. Leparius, Bishop of Rome.

On this day, St. Leparius (Liberius), Bishop of Rome, departed. He was ordained during the reign of Emperor Constance, the son of Constantine. When Athanasius, Pope of Alexandria, and Paul, Patriarch of Constantinople, were exiled, they came to him. St. Liberius took them to Emperor Constance, who wrote to his brother, and they were allowed to return.

After Constance was killed in Rome, Constantius sent to St. Liberius asking him to accept the followers of Arius, and to accept the exile of Athanasius, but he refused this petition. Constantius exiled St. Liberius, then came to Rome where he killed the killers of his brother. The heads of the monasteries and the priests met him and asked him to release their father Liberius. The emperor returned him from his exile, and he continued to teach and preach to his flock. He resisted the followers of Arius, until he departed in peace. He sat on the episcopal throne for fifteen years.

2. The Departure of St. Poimen, the Hermit.

On this day also, the ascetic saint, Anba Poimen (Baymon), departed. He was born about the year 350 A.D., in one of the cities of Egypt. He had six brothers, John, Jacob, Job, Joseph, Sonosyos, and Abraham. They all agreed to become monks, and they dwelt in a remote place.

They forsook the love of the world, they bore the yoke of the Lord Christ, and they lived an ascetic life. Once their mother desired to see them, so she came to them, stood outside, and she sent a message for them to come to see her. They replied saying, "You shall not see us except in the age to come." She understood their answer and returned to her town.

Anba Poimen was a teacher, counselor, and comforter to the old and young men of the wilderness. Whenever tribulation or temptation befell anyone, he would come to him, and St. Poimen would cure him.

This father left to us many profitable teachings such as:

Having finished his days and having arrived at a good old age that was pleasing to God, he departed in peace.

May his prayers be with us and Glory be to our God forever. Amen.