Tout 6 : The Departure of Isaiah the Prophet, and the Martyrdom of Saint Basilissa.

1. The Departure of Isaiah the Prophet.

On this day, the great Prophet Isaiah, the son of Amoz, was killed by the hand of Manasseh the King who sawed him with a wooden saw.

This prophet prophesied in the days of five kings: Uzziah, Jotham, Ahaz, Hezekiah, and Manasseh. He prophesied to Ahaz saying, "Behold, the virgin shall conceive, and bear a Son, and shall call his name Immanuel." (Isaiah 7:14) He also prophesied that, "His name shall be called Wonderful, Counsellor, Mighty God, Everlasting Father, Prince of Peace," (Isaiah 9:6), and the Lord will have mercy upon the world by offering Himself a sacrifice for all mankind as, "He was wounded for our transgressions, He was bruised for our iniquities; the chastisement for our peace was upon Him; and by His stripes we are healed..., and the Lord has laid on Him the iniquity of us all." (Isaiah 53:5-6)

He prophesied to Hezekiah and encouraged him when Sennacherib, King of Assyria, besieged Jerusalem. He informed Hezekiah that God would perish Sennacherib because of his blasphemy against Him. And that night the angel of the Lord went out and killed in the camp of the Assyrian 185,000 men (Isaiah 37:36), and those who were spared fled from the camp.

And when Hezekiah the King was sick, Isaiah told him to set his house in order, for he was to die. And when Hezekiah prayed to God, He sent to him Isaiah the prophet who made known to him that God had added to his days 15 years. And God showed him a sign so that he might realize the validity of his prophesy. (Isaiah 38:8)

Isaiah prophesied about what would befall Israel from calamities because of the hardness of their hearts, love for sin and their forsaken of the worship of God, and only a few of them would be believers. Because of his prayers God sprung water when the people were thirsty. On another occasion, when Isaiah himself was thirsty, God sprung for him the spring of Siloam. When he rebuked Manasseh because of his evil deeds and worshipping idols, Manasseh ordered to have him sawed.

He prophesied for 70 years and he came 913 years before the advent of the Lord Christ. 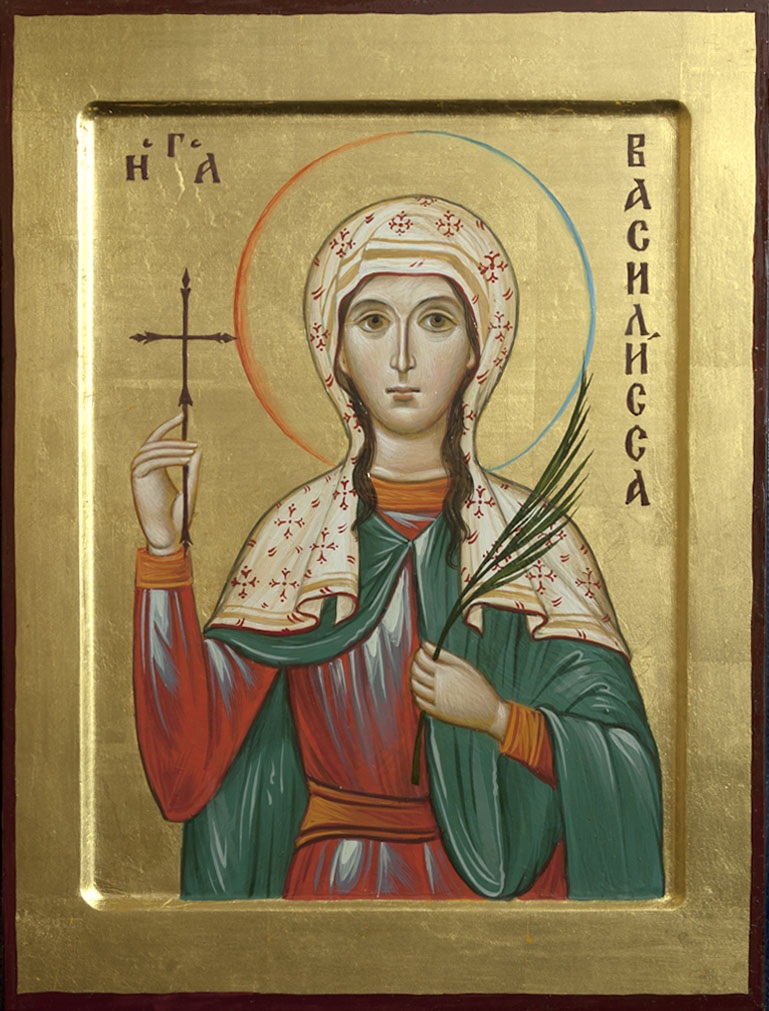 2. The Martyrdom of Saint Basilissa.

On this day also, St. Basilissa was martyred in the days of Diocletian the infidel. This saint was a pious Christian, and she was only nine years old. They seized her and bound her hands and feet and cast her in the fire, but she was not burned by the might of God. Through her prayers, God sprung water, she drank, then committed her soul in the hand of God.

Her prayers be with us all, and Glory be to our God forever. Amen.